There is no actual "Crosby Roamann" person. The name of our winery is derived from two of Sean's grandparents -- Norma "Peachy" Crosby, and Sally Roamann. Sean liked the sound of their two names combined, so he named the winery for them. (Pictured: Peachy and Sally.)

Juliana and Sean are the owners, winemakers, sometimes delivery people, and general misfits behind the Crosby Roamann winery. Juliana is from a small town outside Chicago, IL. Sean is from the Big Apple. We love what we do and hope to be able to share that passion with you.

Crosby Roamann is consumed with the idea of crafting terroir-driven modern wines with traditional values. To this end we generally eschew the use of additives in our wines, allowing instead the native yeast living on the fruit to form a spontaneous fermentation. The winery currently produces 2500 cases per year -- 1000 cases of the Crosby Roamann Estate Bottled wines and 1500 cases of single vineyard selections under Sean W. McBride. We are a small, family operation and we intend to stay that way for the foreseeable future.

Our winery is located at 45 Enterprise Court #6, within the city limits of Napa, in an industrial area called The Crusher District. If you're driving to visit us and coming to Napa for the first time, it can be a bit disorienting when you're pulling into the winery, because we aren't located up-valley in the splendor and glory of Napa Valley proper -- maybe one day we will be -- but we do love this slice of heaven where we have crafted a truly chic industrial space that happens to be a ton of fun to come taste wine in. 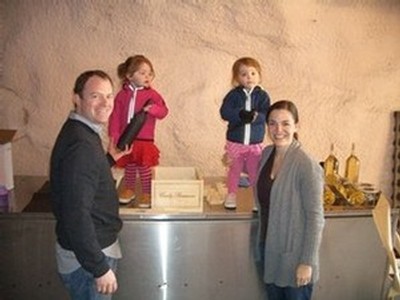 We recently purchased a small vineyard on Cuttings Wharf Road that provides the fruit for our Estate Sauvignon Blanc and we have Merlot, Cabernet Sauvignon, Cabernet Franc, and Petit Verdot under development. Come taste with us and we can tell you more about it!

We also source grapes from eleven different family farms and vineyards scattered throughout the North Bay Area of California, from the Santa Cruz Mountains to Anderson Valley. Almost all of the grapes grown in Napa are produced and bottled under the Crosby Roamann brand label, whereas the single vineyard selections are produced and bottled under Sean's eponymous label Sean W. McBride. 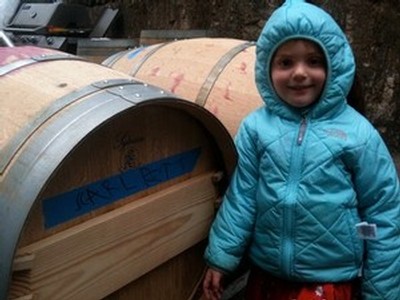 Crosby Roamann, the company, was launched in 2006 from our apartment in Brooklyn, NY. Crosby Roamann's first wine was a 2007 Cabernet Sauvignon from Napa Valley that Sean produced at White Rock Vineyards. It was then that the lure of the West Coast grew too strong to ignore, so we sold our apartment in New York City, packed-up the old Volvo station wagon with our baby twin-daughters and all our possessions, and drove Way Out West to start our lives over again. Crosby Roamann is the great adventure of our lives.

This is the most common question we get asked, and also the most difficult question to answer. The truth is, we certainly never started with plans to own a winery. Although we both grew up in families that put wine on the table, it seems likely that Sean's passion started when he worked at a wine and cheese store when he was in college in Ann Arbor, Michigan. It was there that he started to learn and think critically about the theory of terroir -- that wines should taste differently depending on where (and when) they are grown. It was not for another decade before we had a chance to do anything really about it.

Sean's formative winemaking training began in 2009 at White Rock Vineyards, where he made wine under the guidance and tutelage of Christopher Vandendriessche. Sean later worked at Michael Mondavi's FOLIO winery (the old Carneros Creek Winery, now owned by Kieu Huang), and PUNK DOG Wines (now the Eric Gordon Wine Studio). We learned something new from each of these experiences, and each brought us closer to our ultimate goal of building our own winery.

In 2014, we purchased an abandoned warehouse unit in the Crusher District of Napa Valley. This particular unit had been built in 2007, but never completed. The rest of the warehouse complex (our neighors) was partially occupied by JuiceBox, a custom crush winery (now The Wine Foundry) and Paradise Pools. We finished the construction in 2014, and converted our unit to a winery and obtained our winery license in early 2015.

Our first vintage in our new space was 2015. This was a crash course in winemaking -- what we have since come to refer to as "the prayer and a bootstrap" method of building a winery. The fruit for our 2015 Chardonnay (to this day, the finest example of Chardonnay we have produced) arrived on the morning we were pouring the concrete for the crush pad. We produced an infinitesimal amount of 2015 wine, just two tons of Chardonnay, two tons of Merlot, and one ton of Cabernet, plus some Sauvignon Blanc for a friend. That winter of 2016 was quiet, rainy, and cold. We watched the wines age in our own space. We made desperate new plans and conceived grand designs. We couldn't have been happier. 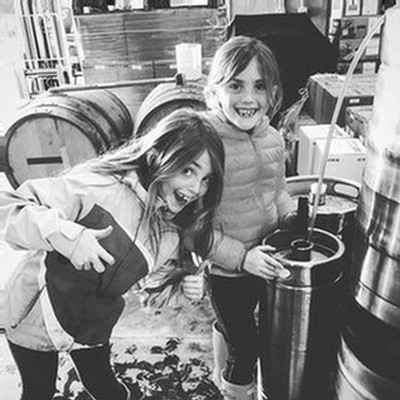 Since 2015 -- so much has changed, and we have learned so much, and made so many very different wines -- it is hard to say exactly how or when we learned to do anything anymore. Winemaking is a constant juggling act, and very much an industry of Hurry Up and Do Nothing. And the truth is -- we will always be learning, we will always be experimenting, and we will always want to get better and make better wines. I think we have come to learn there is no such thing as a "perfect" wine or a "100 point" wine. It's true what they say: Wine is a journey, not a destination.

In 2020, in the midst of a global pandemic, we were very fortunate to finally close on our very own vineyard proprerty in Napa Valley. This parcel is currently planted to Sauvignon Blanc, Merlot, Cabernet Sauvignon, Cabernet Franc, and Petit Verdot.

An interesting question, and one we get asked from time to time, is whether we have plans to expand. Our winery facility is currently maxed to the fullest, but no, we have no plans to expand.

The winery is child and dog friendly. Contact Us to learn more about scheduling a tasting.